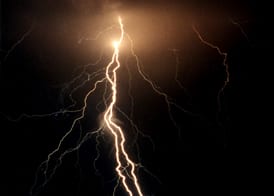 Suzuki Roshi: ‘Sometimes a flash will come through a dark sky…The sky is never surprised when all of a sudden a thunderbolt breaks through. And when lightning does flash, a wonderful sight may be seen. When we have emptiness, we are always prepared for watching the flashing.’”

When I listen to my thoughts, in general or while doing bodywork, sometimes their volume seems softer. And that’s fine!

And then I realized thoughts really don’t have volume at all – they just seem to.

So maybe bodywork is just space work. We get so identified with the phenomena within and between us, that we forget, as Rilke said

“Once the realization is accepted that even between the closest human beings infinite distances continue to exist, a wonderful living side by side can grow up, if they succeed in loving the distance between them which makes it possible for each to see the other whole and against a wide sky!”

Not only “between” human beings, but within them – infinite distances continue to exist. It is part of our work to honor these distances. So we can see ourselves like lightning against the big sky that lives within and around us all.